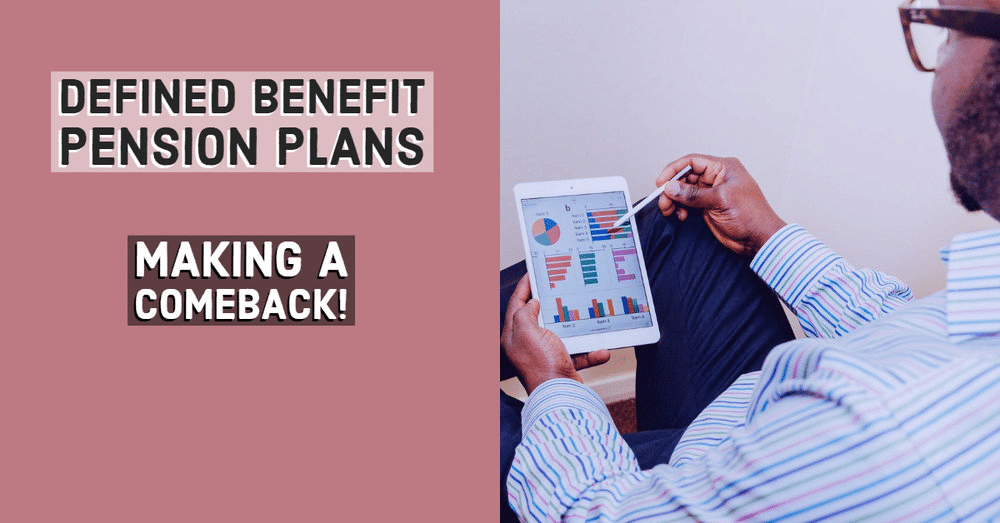 Remember your father’s pension plan?  Before the days of restrictive government regulation, many companies offered one basic variety of pension plans—the defined benefit plan.  With these plans, employers were responsible for pension plan contributions and employees could count on a fixed retirement income.

Recent studies show that Americans, particularly higher income workers and business owners, may face a retirement income shortfall.  Higher taxes on Social Security benefits, more active retirement lifestyles (and resulting expenses) and a lack of savings discipline are a few of the factors that may contribute to this shortfall.

The latter may be exacerbated by defined contribution plans.  When employees lack the discipline to save or the savvy to make their investment choices pay, it is their retirement savings that suffer.  With 401(k) plans, the onus on saving can fall squarely on employees.  Contrast how this differs from defined benefit plans, using the help of a theoretical bucket.

With some defined contributions such as 401(k) plans, employees have individual buckets with their names on them.  Each employee contributes—or doesn’t contribute—to his or her bucket and, depending on the performance of the investment, the employee takes from that individual bucket at retirement.

With defined benefit plans, everybody’s share comes from the same bucket.  The plan has a built-in discipline and a benefit—typically 60 to 75 percent of the average of an employee’s last three years’ salary—that are dependable.  This bucket is filled as needed to cover retirement liabilities.  Defined benefit plans are fully paid by the employer.

Annual contributions to a defined contribution plan are limited by law to $49,000 (2010 limits).  Not so with defined benefit plans—you can pay what is needed for retirement.  For older owners and employees, this element is key because they’ve had less time to save than younger individuals.  This also is particularly effective for higher paid individuals, who can occupy an effective tax rate tier as high as 50 percent during their working years.  If these people expect a lower tax rate during retirement, today’s tax-sheltered savings can equal added retirement dollars tomorrow.

Remember, defined benefit plans aren’t for everyone.  Candidates typically are companies with owners at least in their 40s, with a good stable profit history and the capability of meeting plan contributions that can vary from year to year. Additionally, these plans’ restrictions and regulations still exist.  Overfunding and termination of these plans present special challenges, but a retirement plan advisor can suggest flexible options in these instances—more flexible than you might think.

The views and information herein have been prepared independently of the presenting Representative and are for informational purposes only.

← Capitalize on Business Success 5 Ways To Earn Money In Retirement →