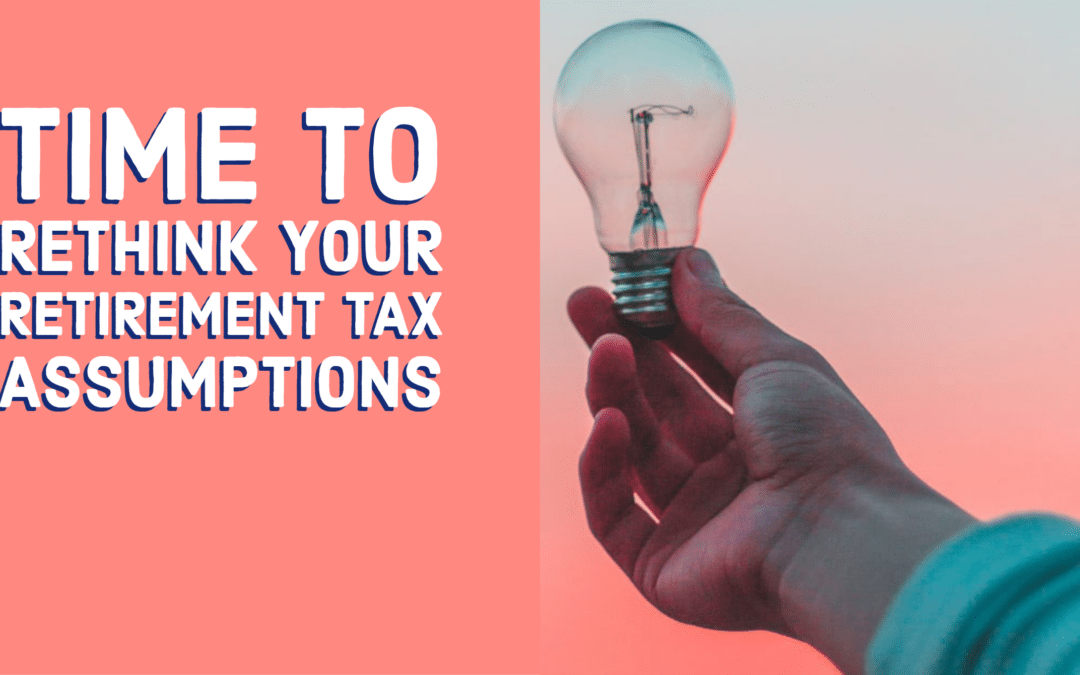 Have you ‘insured’ your retirement against the threat of higher future tax rates? Generally, when we purchase insurance, regardless of which type, we are paying a small amount of money today (commonly referred to as premiums) to insure against a major expense or concern later.

Is there a way that you can apply this same concept to insure your nest egg against future tax rate changes? In other words, is there a way you could pay a little more in taxes today to protect ourselves from potentially paying much more in taxes later?

There are, in fact, a few savings options that allow you to pay taxes before investing and then grow the investment 100% tax-free for use later in retirement. The interest earned in these accounts can fall into the most coveted type of tax treatment available: the rare “never-taxed” category (so long as some basic rules are followed). For obvious reasons, Uncle Sam limits the number of ways in which you can have a financial gain free of government taxation. Yet interest earned in this class of accounts can compound without being interrupted by taxes or mandatory withdrawals, known as required minimum distributions, or RMD’s. It can be accessed by you 100% tax-free in retirement and, if properly designed, can even span multiple generations without taxation. People generally like that.

What’s the catch? Chiefly that you have to pay taxes today. People generally don’t like that, especially if they feel like they are “avoiding” those taxes simply by deferring them. Which is, unfortunately, a common misunderstanding.

But taxes are not static, they change. While you should consult a CPA for personal financial recommendations, it’s worth looking at historical tax rates and debt levels to understand the context behind the traditional view on tax deferral and why it may need to be re-evaluated for many federal employees today.

In the 60’s, the top tax bracket paid as much as 91.8% to the IRS. It wasn’t until the 1980’s, after President Reagan took office, that rates came down below 70% for that top bracket (our benchmark bracket). During Reagan’s years in office, that top bracket dropped, albeit briefly, to 28% while our national debt more than doubled. But early in Reagan’s first term, our public debt was only $998 billion ($1.7 trillion adjusted). It was also during this time that the traditional 401(k) was first made available, bringing tax-deferral to the forefront of personal finance. At the time, with taxes high and debt low, deferral made sense.

Today, our national debt has increased dramatically—by more than 2,300% to $22.9 trillion and counting—and our unfunded future liabilities for entitlement programs (like Medicare & Social Security) is north of $100 trillion. That’s a big shortfall to overcome to be able to continue those programs. Also, keep in mind that the interest we pay on our debt is set to rise in the future as rates normalize, yet we already struggle to keep the government funded through the entire fiscal year.  Even with all of those debt concerns developing, our benchmark tax bracket—the top bracket—is only currently about 9% higher today than it was during the Reagan-era.

Thus the traditional school of thought was formulated to offer near-term relief from the high taxes of the 1970’s and, as 401(k)’s replaced pensions, it was also geared towards the reality that most people had no choice but to retire on a reduced income and should plan accordingly—defer taxes now and pay them later in a lower bracket.

But what if you have a 401(k), or a Thrift Savings Plan account, and a pension? What if you are planning for a retirement that includes maintaining your current lifestyle? The tax-relief that many federal employees anticipate, based on that traditional school of thought, often does not actually manifest when we put together what’s commonly referred to as the three legs of their Federal Employees Retirement System stool—their basic retirement benefit, Social Security and TSP. This is especially true if they don’t intentionally create tax diversity while saving for retirement.

Federal employees who use the traditional deferral strategies are often surprised in retirement when they grasp the true impact of having a FERS Pension that’s roughly 99% taxable, Social Security benefits that often become 85% taxable, and traditional TSP distributions that are 100% taxable as income.

What happens if Congress raises taxes in the face of this mountain of national debt? How can federal employees protect their retirement income from potentially higher future tax rates? By how they invest. Through the use of tax-free investments that can create retirement distributions that are not reported to the IRS as income.

Such investments can lower your tax liability, which in turn can lower the amount of your Social Security benefit that the IRS views as taxable income on your 1040.  As less of your money is viewed as income by the IRS, you can actually drop to a lower income tax bracket. Thus, by emphasizing tax-diversity today, you can reduce both the amount of your retirement income that is taxable and reduce the rate at which the remaining taxable portion is taxed later.

The most popular options available today that have the potential to create gains that would never be taxed by the IRS are:

●       Roth accounts, such as the Roth TSP or Roth IRA, have many investment options but are subject to both contribution & wage-earning limits;

●       Cash Value Life Insurance, policies that have an investment component which grows tax-deferred but can be accessed tax-free by the plan owner or paid to beneficiaries as a tax-free death benefit; and

●       Municipal bonds, which still require you to report tax-exempt gains to the IRS & may still be subject to state or local taxes.

While nobody can predict what the future will hold, you can protect your retirement nest egg against higher future tax rates with the right mix of investments. It is important that you talk with a retirement planner who understands your federal benefits and your CPA to learn how you can apply these tools to create tax diversity in your retirement plan.

← The Decisive Decade: The 10-Years That Will Shape Your Retirement Surviving Spouse Benefit →